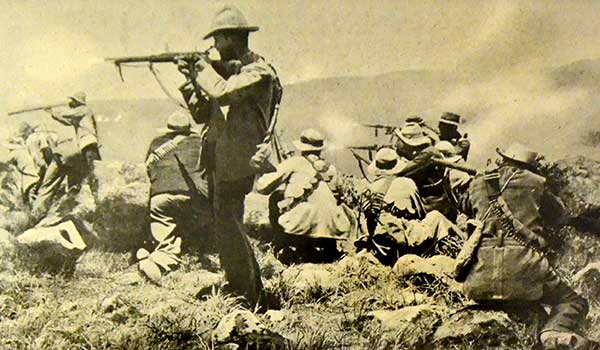 We start the day with an overview of the History of the country in the talk titled “20000 Years In 60 Minutes!” Plus an overview of events leading up to the two Wars.
We drive to Bronkhorstspruit and visit the site of the Battle that took place on 20th December, 1880, as well as the memorials there to the 94th Foot Regiment.
The story of the battle is told in vivid detail.
Then we drive past the Magaliesberg pointing out scenes of Battles enroute as well as Forts, to Nooitgedacht.
After a spectacular drive we come to the top of Nooitgedacht and describe the battle that took place there in 1901 in detail. Pointing out the scenes of battle and the roles played by the leaders on both sides.
SPECIAL PERMISSION HAS TO BE OBTAINED TO VISIT NOOITGEDACHT